Hanoi, Vietnam, Feb 18, 2022 - (JCN Newswire) - Recently, Heroesoft Inc, an experienced development company, start an exciting whole new NFT game. It is the first MMO RTS game ever in the market, bringing A New Concept of Earning in the Blockchain World. That new approach promises to bring multiple profits, even triple than usual GameFi.

NFT games in the past 2 years are no longer strangers to the Trader & Investors community, but there are too few games on the market accessible to genuine Gamers. Because most of the original NFT games only attracted players who wanted to "make quick money", the plot and gameplay did not catch much attention from real players. Heroes of the Land brings back the memories of old traditional legendary games in the market such as army building, territory expansion, defense, protecting resources like Heroes of Might, Magic 3, Rise of Kingdoms,...

More than just investing and making money, the structure of this product is also a great bridge linking the development of quality real-time strategy games and increasing the experience for the NFT series. Promising in the future, it will change the prejudice about NFT gameplay and appeal to gamers that are more traditional.

Realistic 3D graphics NFT game - Heroes of the Land has high tactical and political value, simulates a practical economic model, bringing a new concept of earning in the Blockchain world. For the first time, one GameFi has three characters for three separate roles, as they have three ways to play to earn so that players can get triple profits than usual.

The special feature of Heroes of the Land is that players can experience gameplay throughout the game with different game battle modes, like many strategy games before, that is PvP, PvE, MMO: Clan vs. Clan, Tournament/Guild.

According to Nhan Nguyen, CEO & Co-founder of Heroesoft: "I have been always enjoyed my spare time playing Rise Of Kingdoms. Many of my friends have been fans of this old-school game too. Sometimes, I looked around and thought: "Why don't I bring this billion revenue game model to the NFT world?" Then the next day, I gathered some of my old friends and my talented team as software developers, senior designers, game publishing managers,... I shared the idea of the project. We had to make an MMO RTS build on the blockchain"

The beta test will be released in Q2-2022. Heroes of the Land is available to play on many platforms: computers, tablets, Android, and IOS.

A New Concept of Earning in Blockchain world

As you can see, casual and basic mobile games have been becoming more mainstream, players spend hours binge-tapping on the phone screen playing Candy Crush Saga or PUBG but they are not able to earn money from it. Meanwhile, other players choose the concept "Play-to-earn" which has grown in popularity in the last 2 years. With that model, not only to play, players can get income as a full-time job during Covid-19 times.

Heroes of the Land promises to meet all different audiences' requirements to participate in this game. Through their monetization for 3 characters, those audiences can earn real money in many ways that fit their demand and ability:

At first, Free Players may fully immerse themselves in the role of Worker. Those players are known as having entry barriers that have little capital or do not want to invest in the game right from the beginning. With Heroes of the Land, they can freely mine resources in-game such as gold, wood, and stone to start earning. Then when they want to earn more, they can upgrade their skills, use resources to craft and sell NFT items to Invest-gamers (mean the Hero character) through the Marketplace.

Invest-Gamer is looking for potential game projects that will allow them to dive into the hard-core epic world while making a profit. Once they got any NFT Hero though buying Hero box in Heroes of the Land's Marketplace, they could join different game modes such as Game battle (PvE, PvP, Clan vs Clan, Tournament/ Guilds war), summon new Heroes, upgrade Hero statistics, land conquering, construction building, farming & hunting.

Then the game has Investors in the Lord character, who are knowledgeable, have a rich background of projects so far, quick to grasp market trends. These investors who have money but do not have much time on playing games, the quickest way is to obtain NFT Land and afterward, they could begin the process of receiving long-term passive income from Workers and Heroes who live in their land. The Lord also has special power in launching the war to expand their territory, when they successfully registered the new land by attacking NPC, they can sell this asset on Marketplace to maximize profits.

Noticeably, you can join the game in 3 roles at the same time. Thanks to this, you have multiple ways to earn multiple profits, even triple than usual GameFi.

Heroes of the Land Main token

HOL Token: HOL is the main token of the game Heroes of the Land, developed on the Binance Smart Chain (BSC) technology platform, according to BEP-20 standards. The structure of BSC allows players to develop on decentralized application dApps – exchange of P2P tokens without intermediaries. Currently, BSC is compatible with EVM and combined with Metamask wallet, Defi Trust Wallet, Imtoken. Users can transfer ETH to BSC with fast speed and 20 times lower fees than Ethereum. Currently, the token allocation has a total of 2,000,000,000 HOL but has not been launched yet. More information about HOL tokens will be announced through the official Heroes of the Land social channels.

Ruby Token: This token is unlimited, used in-game, and is received through daily quests in-game such as Resource mining, PvE, PvP, Clan vs Clan,... RUBY tokens are used to upgrade the Heroes and Land statistics, craft items.

The burning of HOL and Ruby tokens is required for almost all in-game activities. Along with the growth of the community, the demand for two tokens will increase. Consequently, their value will be stable over time. With their anti-inflation mechanism, we can ensure the investment of early investors.

Heroes of the Land is formed and developed by experts who have experience in the field of Blockchain technology and Game development:

Nhan Nguyen, CEO & Co-founder of Heroesoft Inc came from a famous global software company and had a deep knowledge of the Blockchain technology; Dung Nguyen, COO of Heroesoft Inc had 10+ years as a Game Publishing Director; talented and experienced development team are all come from popular companies. Before Heroesoft Inc entered the Blockchain field, they had been involved in many action mobile games for the worldwide market and formed nearly a hundred online and offline games

Also in the early stage, they luckily have strong backers support them, such as Kyber Venture, Raptor Capital, Tomo Chain, HUB Global...

Hence, Heroes of the Land has enough potential to become a complete and quality long-life game cycle product in the NFT game market from now on.

Heroes of the Land Roadmap

Opening time: February 28th, lasts until the box is sold out.

NFT has progressively grown in popularity among the general public, particularly the NFT market, which has been active in other major industries such as real estate, art,... in recent years.

Heroes of the Land has gained a lot of support despite being a newcomer to the Game NFT community, with thousands of followers on social media. As a result, in 2022 and beyond, Heroes of the Land, an NFT MMO RTS game built on the Blockchain technology platform, fully developed by great experts who worked for years in game development and the Blockchain field, promises to provide a completely new concept of earning in blockchain world. 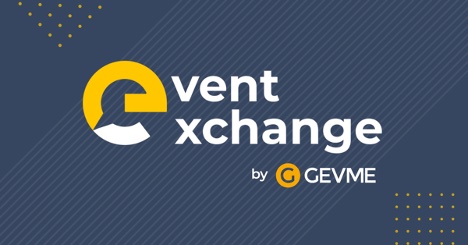 Singapore, Feb 18, 2022 - (ACN Newswire) -  Owing to the constant innovation driving tremendous changes in the event industry, virtual events and events technology platform GEVME has announced the launch of a 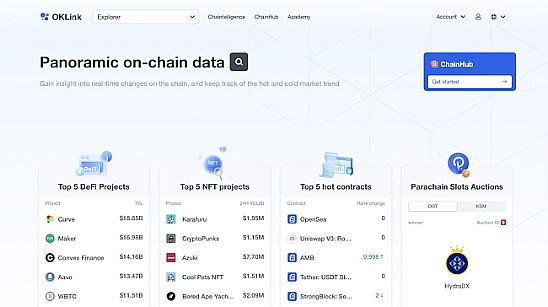